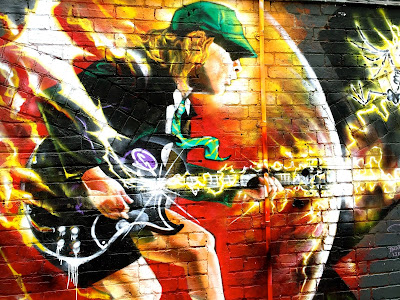 So when news broke that AC/DC is replacing its lead singer of 36-year, Brian Johnson with Guns N’ Roses frontman Axl Rose for the remainder of 2016 tour dates, fans went berserk. The earthquake-equivalent reaction was probably unanticipated when the rock band issued its polite gratitude statement to its near-deaf lead singer on Sunday. After all, no one batted an eyelid when its former drummer Phil Rudd quitted after being embroiled in a scandalous legal suit in New Zealand. Even its Scottish-origin founder Malcolm Young’s retirement announcement in 2014 was met with only momentary sadness, without any exaggerated outcry from emotional hardcore fans.

But this time, things are different. AC/DC fans are unable to live without the image of the 61-year-old Augus Young strumming its guitar hysterically in his schoolboy uniform outfit, beside the inimitable screaming beat of the raw-throated lead singer Brian Johnson. The possible last gesture of this old-time band of 43 years has finally crossed the line of its millions of staunch fan base. 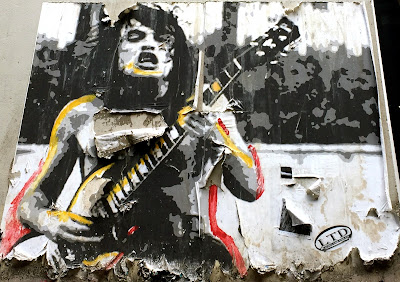 Despite the uproar in news column and social media in the past two days, the ACDC Lane in Melbourne remains serene and completely oblivious to the hullaballoo faced by the Australian rock band that it obtained its name from since 1 October 2004. 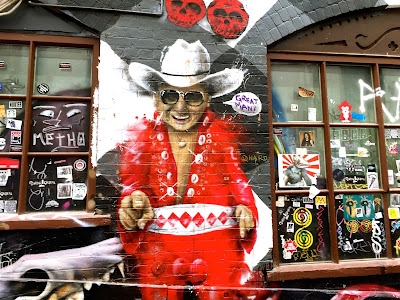 The relatively short and narrow laneway is still having its private concert within its much-neglected confined space of arts. The schoolboy in his awesome dark green uniform continues to strum his guitar and sending out waves of visible electric shocks to his vibrant surrounding. The peculiar purple gorilla is still holding the black and white keyboard levers in its mouth, joining the weird symphony and heavy metal music produced by the myriad of strange creatures and instruments. 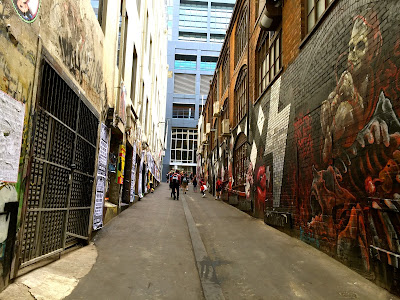 Unlike the popular Hosier and Union Lane, and some of its other counterparts within the city, ACDC Lane felt like an abandoned laneway amidst the various trendy bars and restaurants hidden within it. The artworks are bold and vivacious, yet at the same time, gloomy and foreboding. Numerous miserable-looking, faded posters are occupying one of the walls in a condition of despair. ACDC Lane circles back to Flinders Lane via Duckboard Place, another much forsaken laneway now colonized by repetitive and uninteresting graffiti. 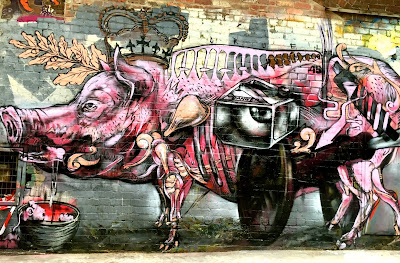 ACDC Lane stands for everything unconventional and distinctive. Like its originator of name, the lane is obstinate and firmly sticks to its belief of uncompromising rock’n’roll regardless of the changes of time. Yes, it might be deserted and unkempt, but the concert continues. 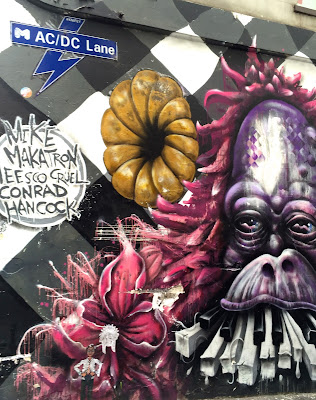 See my updates at: