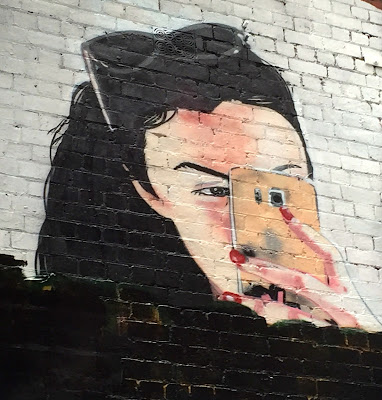 The artist Lushsux decided to meddle with the murky boundary between erotica art and the call from Renaissance. Audaciously and without a hint of fear, he brought two provocative artworks of Asian ladies in full nudity up to the much-celebrated murals in Hosier Lane, openly testing the limit of the mind-openness of this young artistic city of Melbourne. Onlookers were shocked and amazed at a simultaneous level. Some were blushing away in awe; some grimaced at the obscenity and shook their heads disapprovingly at the shameless display of private body parts; some were fairly impressed at these courageous paintings, and could not stop admiring the liberal and dauntless urban arts in their apex level of expressiveness.

The artworks survived in their original form for just a few hours, before a team of street art censorship police visited the scene and performed modifying spraying tasks covering the offensive bits of the paintings, and forcefully imposed a decent beige tank top onto the body of the model. See the report published in the Sydney Morning Herald for more details. 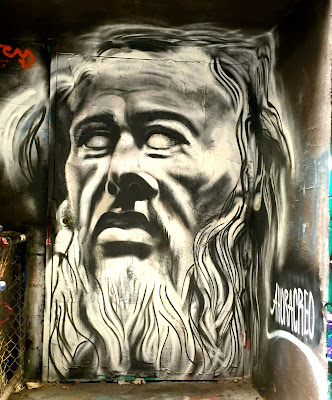 It has been around one month since I last stepped foot on the bluestone cobbled path leading to this amazing public gallery of arts and graffiti. The two artworks in question have been further defaced and vandalized. The corner painting that once possessed the power to halt the footsteps of any Flinders Lane’s passersby is now a disgraceful piece of junk, a meaningless Chinese face half covered by an IPhone in gold, like a peculiar female voyeur furtively seeking for her next victim. 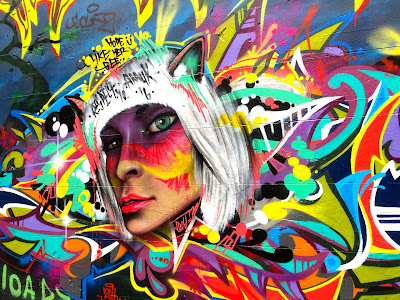 Nudity controversy aside, the new facelift has given the lane additional vibrancy with bolder colour mixture, and a stronger and more expressive social and political theme. Mysterious oriental elements joined the party and ostentatiously pervaded each side of the murals; Extra artworks with a nostalgic focus on the vintage and sassy 1970s era were surreptitiously added to the walls at random corners and positions, presenting the audience with a confusing but extraordinary kaleidoscopic experience of spontaneous arts. 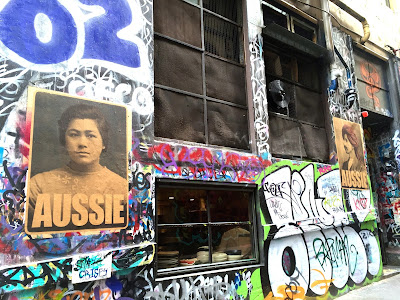 The painting of the indigenous boy with soulful gaze is still beautifully preserved at the top of the wall, so is the bushranger stamp-like artwork with its exquisite cowboy hat and troublesome face wrap. My personal new favourite is the antiquated posters depicting the portraits of an Asian woman and a Middle Eastern man. The word “AUSSIE” was printed conspicuously on both posters, a clear and unambiguous message aptly delivered to the public especially under the current sensitive climate where refugees’ policy is still the most contentious topic prevalent in the daily news. 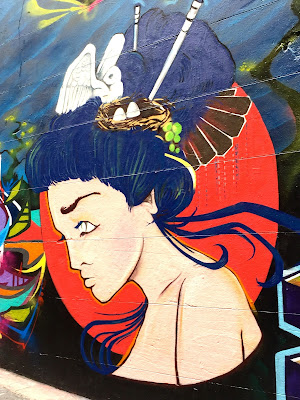 Running north-south between Flinders Lane and Flinders Street, right opposite the entrance to the Atrium at Federation Square. 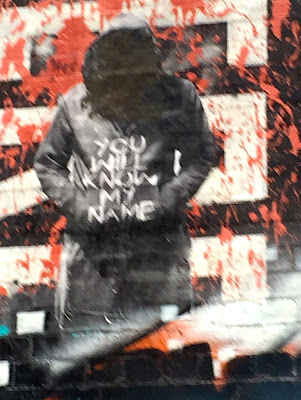