Dick Smith & its closing down sale 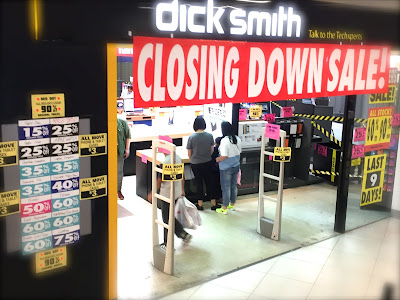 Patrons browsed through containers of severely marked down outdated PS3 video games indifferently, like some seasoned market-goers eyeing some leftover lettuce while suspiciously gauging the vendor’s offer. The store, from its façade to the interior, was decorated with discounted signs of varied shapes and ostentatious price tags. Yellow and black barricade tapes randomly cordoned off numerous corners and empty shelves, obstructing the moveable areas of shoppers who were busy making conscious judgment on those discarded items sitting pathetically on the bargain racks.

Even the displayed tables were up for grab, if you could figure out a right spot at home for such massive goods. Conspicuous bright red banners screamed the obvious “Closing Down”, as if the fact is not apparent enough from the humiliating condition of the stores. 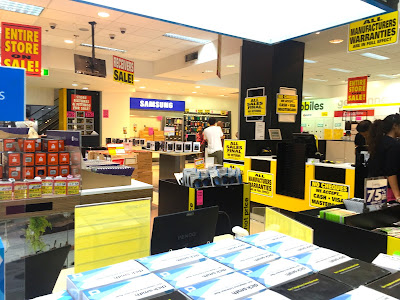 It definitely felt unreal stepping into the soon-demised Dick Smith stores. Where were those coolest gadgets, latest sports devices and passionate staffs that were once the inseparable characteristics of this technology dreamland?

Dick Smith the man is not very pleased to have his name being associated forever with a failed business, but has decided there is pretty nothing much for him to do having been out of the electronic fraternity for far too long. Angry questions were raised as to the misrepresented public listed value of $500 million by the last owner Anchorage Capital, which the founder has attributed as a major factor for causing the downfall of the electronic empire. 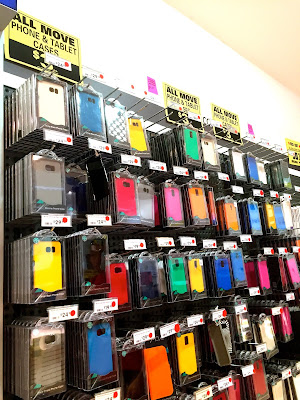 Each of the remaining Dick Smith stores in Australia and New Zealand will cease trading by this week. The remnants of inventory amidst the chaotic scene might make you cringed and sighed. Most of the best items with fantastic bargain prices that would have made your eyes glimmered had been grabbed away and disappeared from shelves. 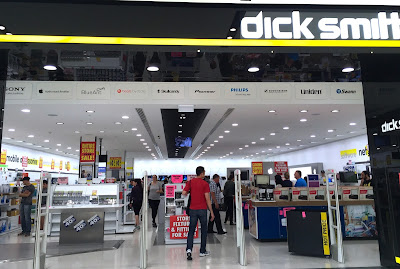 On my recent visit to the two stores in the Melbourne CBD, there were still plenty of button cell batteries, Bush retro portable turntables, phone and tablet’s cases thrown out with significant price slashes. Apple watch was on sale with a 25% marked down, and Ipad was sitting beside a devastated “20% off original price” sign.

This is definitely your last chance to test your luck in hunting for some rare finds before the stores officially close their doors by end of the week. You might expect some mild jostling amongst the last minute opportunists, but high chance is, most of them would not stay long. 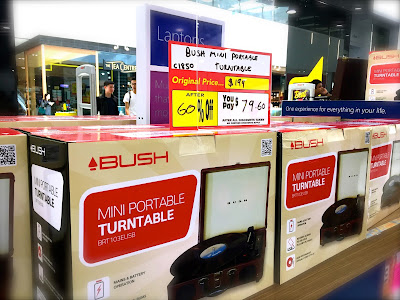