Trump in a nameless lane 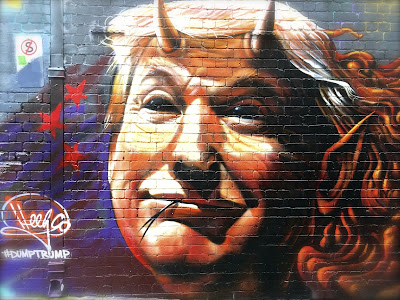 Trump has won. Yes, that public bigot who prides himself of his obscure ability to build an impenetrable Southern wall at the expense of his hateful Mexicans; the delusionist who challenges President Obama’s citizenship status without a care of any tangible or intangible evidence; the narcissistic billionaire and misogynic playboy who has no qualms calling women “beautiful pieces of ass”; the disgusting demagogue that plays with the flame of racial tension; the xenophobic that openly insulted the Muslim brothers’ faith and mocked the Asian accent. 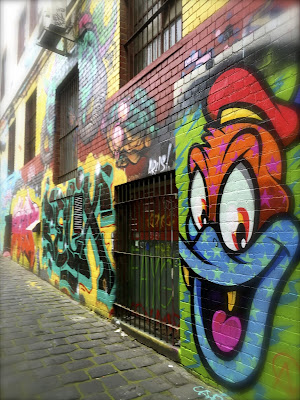 Trump is ridiculous, outrageous, and absolutely unbelievable. He is that white supremacist whose vulgarism and intolerant views instigated unprecedented hatred towards immigrants. He is that unashamed racist that hurled dangerous remarks and openly incited violence against minorities. His strategies and purported visions were contentious, if not insane: Muslims were to be banned from entering and touching the soil of America, 11 million undocumented immigrants were to be rounded up and deported. He bragged incessantly about his superb brainpower, made fun of the disabled, and boasted about his irresistible charm on The Apprentice women. 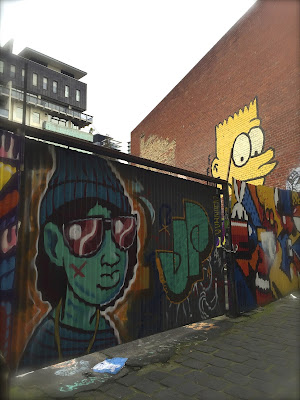 I can go on forever, but it will not alter the disgraceful voting outcome. The world watched with incredulity when Trump made his victory speech. It was difficult and painful to make sense of what has just happened. Shockwaves were felt at every corner of the globe, and some still tremble from its aftermath. 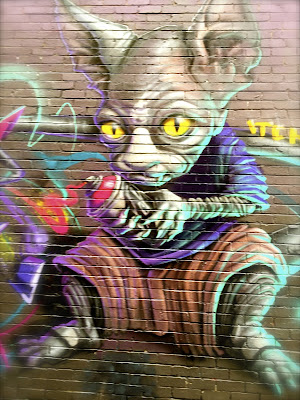 Enough said. Please enjoy some lovely street arts in this nameless lane off Queen Street, where you can find a vandalistic Harry-Potter house elf, a colourful grinning duck, a rightfully yellow Bart Simpson, and a devilish-looking Trump. 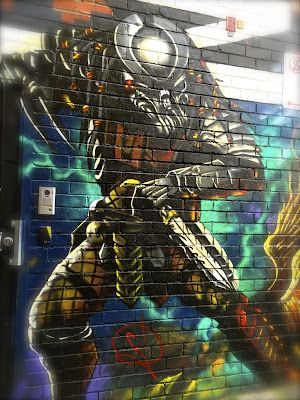 Off Queen Street, parallel to Franklin Street, near Queen Victoria Market.
Posted by Melbourne, Mama & Toys at 22:24 No comments: