Melbourne and the choice of vaccinating your kids

“Know your rights! Vaccination is not compulsory in Australia,” screamed the anti-vaccination activist.

The desperate shout of the minority was quickly counteracted by arguments bolstered by statistics, scientific evidence, and logical deductions based on historical facts, tracing back centuries ago, “Stop over-intellectualizing the risk to your kid. Think of the community!”

Then the government stepped in, toughened the existing laws on vaccination, and imposed certain punitive measures on the non-vaccinated group.

The move caused an outcry amongst the vaccination opponents. They called the government a bully, the evil Voldemort that contributed to the erosion of health freedom, the fascist that took away the basic human rights of a parent. They cited proofs of link between vaccination and autism, contended that risks of serious complications and severe allergic reactions must not be ignored.

The pro-vaccination movement disagreed, dubbing the autism controversy as nothing but a media hoax. Risk of health complications is extremely rare. The benefits of vaccination far outweigh the hypothetical adverse effects of a jab.

And so the debates continue emotionally, passionately and fervently. 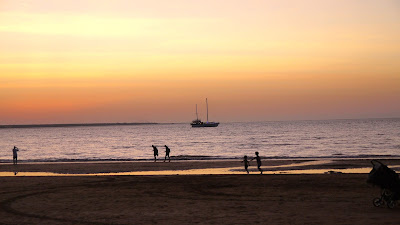 So what are the consequences if your kid is not vaccinated in Victoria?

Effective from 1 January 2016, save for certain medical exemptions and special circumstances, unvaccinated children are prohibited from enrolling in a Victorian childcare centre.

The punitive approach by the Victorian government is controversial. Some contend that such move has instigated the setting up of illegal kindergartens in the state of Victoria, and forcing the anti-movement groups to have no choice but to put their children at risk with the untrained childcare providers.

Under the new federal law commencing 1 January 2016, parents who do not fully immunize their children will lose the eligibility for Child Care Benefit, Child Care Rebate and tax refund for low-income families, subject to certain medical exemptions. The Commonwealth government also scraps away the exemption of conscientious objection on non-medical ground. In other words, a parent’s specific moral, religion or philosophical belief will no longer be a good reason to dodge a jab.

This financial aid withdrawal measure, too, has generated a myriad of contentions amongst the different movements. Many argue that the law is discriminatory in nature, and would severely prejudice the disadvantageous and vulnerable families in Australia.

There is of course a third group of parents that we must not overlooked, i.e. those that simply could not keep up with the complicated vaccination schedule. The Victorian government has developed a new app that assists the busy parents to keep track of the dates of vaccination; a smartphone app that will remind parents of the vaccination dates with a due-date notification. Find out more about the VaxOnTime app from here: