The Supreme Court of Victoria- light up! 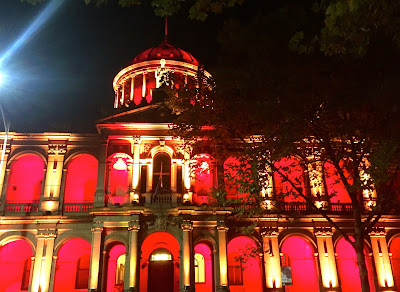 For over 175 years, the Supreme Court of Victoria has been a faithful venue for both thrilling dramas and mundane legal matters. The cries of injustice and yells of jubilation echoed through the court’s corridors under the watchful gaze of Gertie, the statue of the Victoria’s Lady Justice without her conventional blindfold. The court’s clientele includes murderers, bushrangers, rogues, divorcees, probate beneficiaries, class action plaintiffs, and business tycoons. It is a theatre stage for the unrepentant and the innocent, the impostor and the victim, the rebellious and the conformist.

In year 1880, the notorious Ned Kelly stood before the Supreme Court for his final trial before Judge Sir Redmond Barry. After some lengthy exchange of arguments between the convict and the judge, the judge proceeded to sentence Kelly to death and pronounced the customary words “May God have mercy on your soul”, to which Kelly replied “I will go a little further than that, and say I will see you there where I go.” Twelve days after Kelly was hanged at the Melbourne Gaol, the judge dropped death from a “congestion of the lungs and a carbuncle in the neck”, sealing the judge’s fame forever as the “executioner” of the Robin Hood of Victoria.

The current Supreme Court’s building was also the site where the sensational trial of John Bryan Kerr took place. Young women gathered at the entrance at Lonsdale Street and queued for admission to witness the good-looking and well groomed accused, who would later become the top Victorian celebrity prisoner whose death sentence was commuted to 20 years of imprisonment. 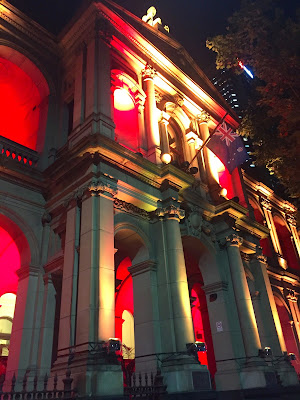 Long gone were the days where judges would put on the black execution cap and a piece of silk cloth to pronounce a death sentence against a convict. The last capital punishment was imposed in year 1967, the last of the 186 souls being put to death by the Supreme Court of Victoria. Divorce law underwent a major transformation in year 1976 where a no-fault principle was established. The Supreme Court has since then ceased its jurisdiction over cases involving traumatic family cases and officially passed its baton over to the Family Court.

The court has transformed from a premises of “decrepit, dirty, degraded and seedy conditions” with reputation of missing court’s files in the 1980s, to a modern institution where court documents are now filed electronically, and where the public could interact with via Facebook. From 1 May 2016, the Judges of the Supreme Court of Victoria will remove the austere tradition of horsehair wigging. 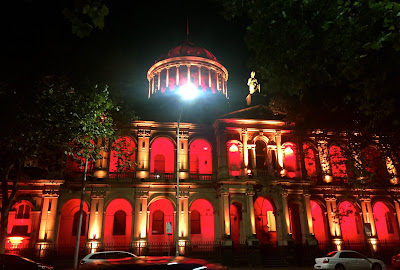 On 12 April 2016, the Supreme Court stepped foot onto the 175 years mark since it first sat in 1841. In celebration of this historical milestone, the Supreme Court building will be gorgeously illuminated in shades of red, gold and white each night at 6pm till the 22 May 2016.

Email ThisBlogThis!Share to TwitterShare to FacebookShare to Pinterest
Labels: Architecture, Event, Free Admission, History, Where To Go, Within CBD