ACDC Lane - in a sea of regal purple 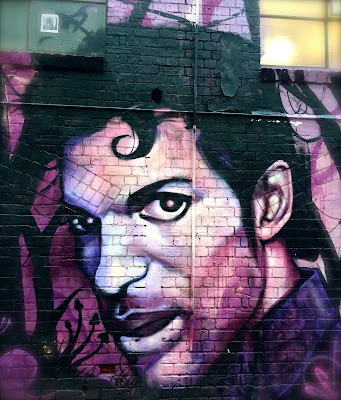 Year 2016 is a curious and downhearted year to the universe of Rock and Roll. In April, the world grieved the departure of its music legend Prince while trying to grapple the reshuffling shock of Axl Rose becoming the lead vocalist of AC/DC. Three months later, 66-year-old bass guitarist Cliff Williams announced his intention of leaving AC/DC, a gesture carrying with it the possible ramification of terminating the lifespan of Australia’s favourite and oldest rock band. 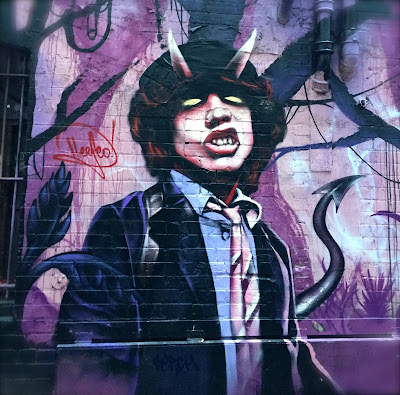 ACDC Lane silently mourns the royal loss of Prince and reflects upon the uncertainties surrounding AC/DC by draping its wall in shades of regal purple. The previous kaleidoscopic hue of colours was replaced by street arts of a constant colour theme, transforming a highly neglected alleyway into the most harmoniously soothing gallery in Melbourne. 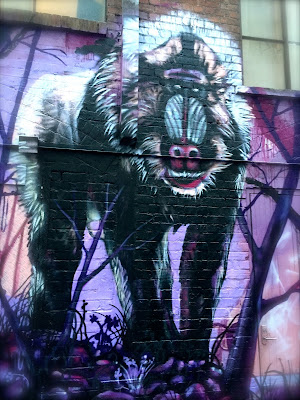 The lane pays homage to Prince with an enormous mural tribute of lilac backdrop, alongside Augus Young and his white-magenta devil horns. A fearsome gorilla with a massive mulberry nose gazed intently ahead, while a predator-disguised flower in bright violet gluttonously swallows a pink-eyed beetle. Music instruments of distorted shapes, washed over by a sea of lavender, congregated at the entry point of the lane. A grotesque-looking foetus and a mother cow in human form sent a sweep of silent eeriness across the place, adding a touch of mysteriousness to the enigmatic wall of ACDC Lane. 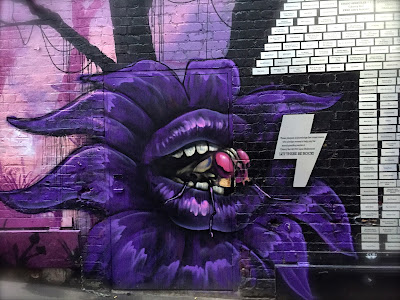 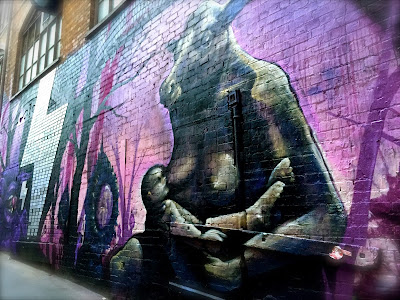 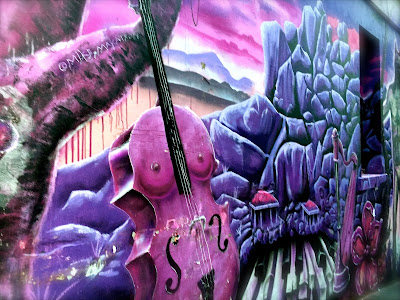 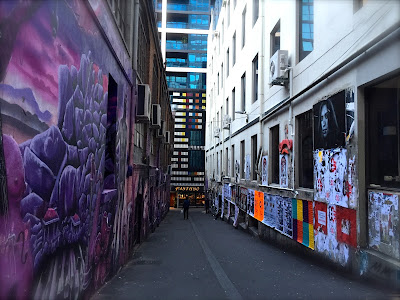