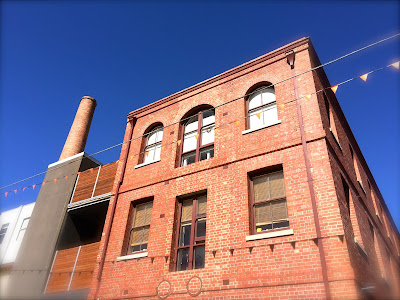 Red-bricked wall and chimney stack always remind me of some fairy tales and fables; three little pigs and the big bad wolf, Charles Dickens's novels about the poor and rich, and the animal barns in George Orwell's literature. I am pretty sure houses of similar kind appear somewhere in one of those illustrations accompanying those stories. This Victorian-style three-storey building (with a huge chimney that can probably fit three Santa Clauses) housed a former hat mills in Abbotsford. 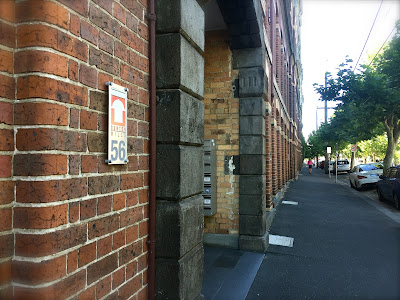 The late 19 century is the stylish era where a hat could be a symbol of status, a command for respectability, and a token of fashion. I can almost imagine the scene of a busy manufacturing mill with grey smoke flowing out from the conspicuous chimney stack constantly. Wool, fur, feathers, felt and leather. Dust, noise, repetitive movements and mechanized plants. All crammed in the squalid industry area along the Yarra River, dotted around and mushroomed with factories and workers and entrepreneurs. Denton Hat Mills prides itself as the first steamed-powered hat factory in Australia. The size of the factory grew drastically from 12 employees in 1874 to 208 employees in 1887, with a turnover of over 30,000 pounds (probably around GBP11 million in today's value (I stand corrected)).

The former factory is registered in the Victorian Heritage Register and is a National Trust building. Its architectural significance is prominent, being one of the many works of William Pitt (the designer of Princess Theatre, Rialto and Olderfleet). William Pitt had apparently been involved in the later design stages and contributed to certain additions to the building in the 20th century. 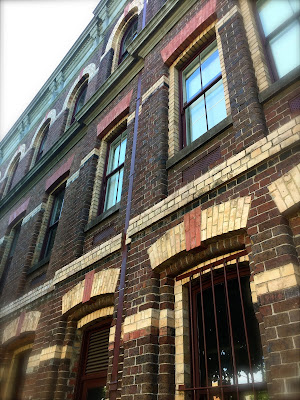 Today, the imposing building houses a mix of excitement: the famous cafe Three Bags Full (you would have read all about it in various Melbourne coffee guide books or recommended cafe web pages), residential apartment and offices. Its impressive red-bricked facade is preserved carefully, and still retained that hint of nostalgia from the Victorian time. The hat factory survived at the site till 1971. 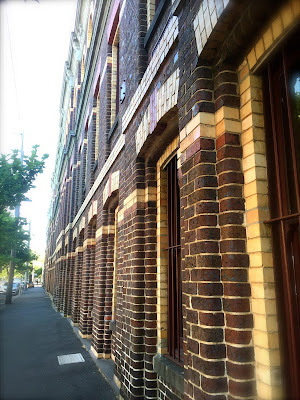 Email ThisBlogThis!Share to TwitterShare to FacebookShare to Pinterest
Labels: Abbotsford, Architecture, Free Admission, Inner Melbourne, Outside CBD, Where To Go