The GPO Melbourne and its dramatic tale of transformation 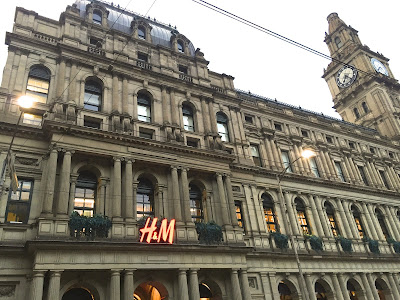 Melbourne’s GPO is like an English gentleman with a confused, or rather, sophisticated characteristic. Its Big Ben’s equivalent clock tower dominates the intersection of two major streets in town: the shoppers’ paradise Bourke Street and the superb retailers’ hub Elizabeth Street. Proud yet unobtrusive, the giant clock is a faithful keeper of time to the hectic office workers flocking over from all directions, and a beautiful reminder of the city’s colonial history to the casual visitors. To the town planners, this antique timepiece is more than just an exquisite decoration or a convenient time-teller; its location is an important point of reference to ascertain road distances of a particular place from the centre of Melbourne.

At first glance, the façade of the building presents a uniform 19th century Renaissance Revival style, a hybrid of Italian and French architectural form found far too commonly in many old buildings scattered around the city of Melbourne. Yet a closer scrutiny of this grandeur, heritage-listed heirloom would unveil its complicated personalities beyond the surface. 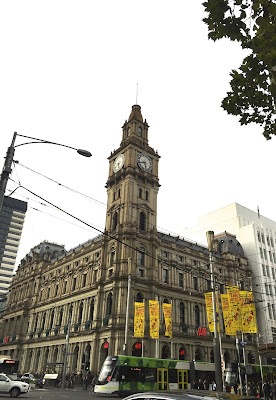 Each of the level incorporates unique and diverse styles of column. The masculine Doric columns with their characteristic simple circular capitals stand at the base of the building, like a row of stoic guards steadfastly protecting the sanctity of this iconic masterpiece of Melbourne. The feminine Ionic columns stand elegantly at the second level. Their spiral and scroll-like volutes beam seductively at the city, like a group of ladies ready to perform a graceful curtsey. The third level, on the other hand, is lined with a row of slender Corinthian columns with intricately carved capitals. Each level is distinctive in its own special way, yet harmoniously blended into a single classical piece of architectural structure. 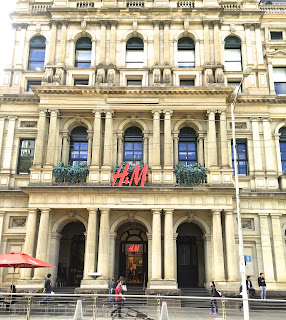 Designed by A. E. Johnson (also the same architect responsible for the Supreme Court of Victoria), the Melbourne’s GPO started of as a post office and a mail sorting space in around 1864. In 1992, the Australia Post made a rather sensational announcement of its plans to end the building as its major postal hall. The public was intrigued and curiosity aroused inevitably. Many might have thought such an old-style Victorian-era building would have aptly served as an art gallery or an antiquated museum, but the GPO building surprised us all. Like a dignified, silver-whiskered grandfather dissatisfied with his vintage links, the building was dramatically refurbished and transformed into a contemporary fashion hub, now occupied by the Swedish retail giant H&M as its pioneer flagship store in Australia.

The GPO today is more than just a retail centre selling low-priced designer clothes and accessories; its iconic steps at the entrance is the gathering point where Melbournians could inhale the sunny breeze, have a sip of a barista-made coffee, and enjoy an afternoon of public live performances from talented buskers. It is the heart of street culture, coffee art, international fashion and dining experience. It is, indeed, the heart of Melbourne. 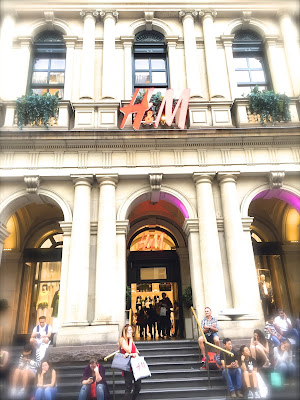 Email ThisBlogThis!Share to TwitterShare to FacebookShare to Pinterest
Labels: Architecture, Free Admission, History, Shopping and Fashion, Where To Go, Within CBD