There is a dragon in town 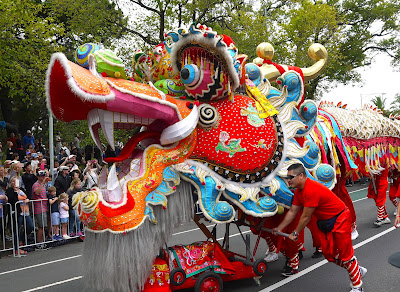 Do you know Melbourne city is the home to the largest Chinese dragon in the world?

This majestic Millennium Dragon is over 3 metres high, requires eight people just to carry the head, and has over 100 dragon legs! During its usual rest days, the dragon hibernates in the Chinese Museum of Melbourne, proudly winding its way down from the ground floor to the lower ground floor of the building, while pompously displaying its regal body of embroidered fabrics, fur and sequins to the curious visitors.

The dragon is awakened during the Chinese Spring Festival (January or February each year) and the Moomba Festival (in March, coinciding with the Labour Day long weekend), when it would ostentatiously show off its grandeur by parading the city streets with the accompaniment of a massive group of musical percussion, carriers of traditional banners, lanterns and lion dance troupes.

Surely a spectacle you do not want to miss! Even our Melbourne tram needs to halt its journey to give way and pay homage to its majestic appearance! 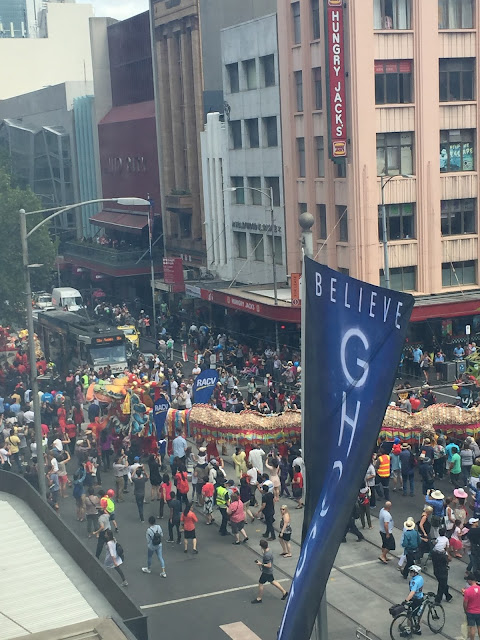 Your next chance to sight the glamorous dragon is on 14 March 2016 at the Moomba Parade along St Kilda Road. For more information, see: http://www.thatsmelbourne.com.au/Moomba/Parade

Email ThisBlogThis!Share to TwitterShare to FacebookShare to Pinterest
Labels: Culture